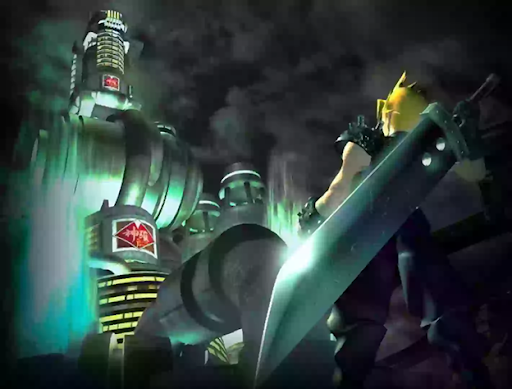 Sometimes I need to balance out my bright and happy summer activities with a good ol’ brood – and my favorite way to do that is with one of my favorite eco-dystopian classics: Final Fantasy VII. A great game that also unknowingly teaches us a lot of different lessons about how unchecked environmental exploitation can lead to a world that doesn’t look so great. Like, Cloud’s-hair-not-great.

If its been a while since you played the game or you were too distracted by the love triangle in the remake, you may have not even realized that an overarching conflict of the game is based on a basic principle that we see all the time in the real world: The Tragedy of the Commons.

What’s that then? The subtitle of the 5,989,777th spin-off of Final Fantasy 7? Nope! Well, at time of writing. The Tragedy of the Commons is actually the name of an economic theory that describes how humans tend to behave when different people or groups are dependent on the same “common” natural resource. It says that without any social structure or rules, people will tend to act in their self-interest (big surprise there) and take what they need from the “common” resource regardless of what other people are doing.

The problem? Well, this usually means that the resource is then overexploited and either temporarily or permanently damaged. It is ultimately mutually destructive for everyone in the long run unless everyone cooperates which usually means less short term personal gain. (For anyone who is familiar, Tragedy of the Commons is considered an example of the Prisoner’s Dilemma, because it is a social problem based on collective action).

As an example, let’s think about the universe of FF7 and our favorite evil corporation: the Shinra Electric Power Company.

Shinra started its humble beginnings in weapons manufacturing (like all good, honest corporations do) but then discovered a way to harvest the planet’s *lifestream* and refine it into an energy source called Mako. The lifestream is considered the spiritual energy of the planet and is described as the collective knowledge and emotional memory bank of all life that has existed and is needed to create new life. So, Shinra is taking it and making it into Mako and selling it. Because everyone needs energy and Shinra is the only company that makes Mako, they don’t just make money, they make A LOT of it. They use that power to get more power and end up basically controlling everything.

How is this a Tragedy of the Commons? Well. The lifestream isn’t “owned” by any one person. But it is important to EVERYone. However, one party – in this case Shinra – is harvesting more than their fair share and endangering the very existence of the lifestream. Not only that, but they are selling it back to the very people that it collectively belongs to and making a profit. They know that they will run out of lifestream and are actively searching for new sources, but I won’t elaborate in case there are any of you who live under a rock and don’t already know the story. Or you’re waiting for Square Enix to release the next part of the remake. In which case, enjoy finding out how the story ends in 2322!

The result leads to a world where all the characters, even the villains, have been negatively impacted by the ecological, social, or economic backlash of the Shinra corps. Even Sephiroth (*cue One Winged Angel theme*) owes his tortured back story to Shinra. You may think, “ok great but that would NEVER happen in the real world.” But sadly it does! Even though we all seem to have brains, we don’t always use them in a way that makes a lot of sense.

Think about the Earth’s atmosphere. Doesn’t all of humanity and all life depend on it? But we are also actively mucking it up. By pumping greenhouse gases and toxins into our atmosphere, we damage or fundamentally change it in a way that is worse for EVERYONE. If we know this, why does it keep happening? Because individuals have something to gain – usually short-term economic profit of some kind.  We all benefit from creating less greenhouse gases, but it entails collective action that isn’t always easy.

Ultimately, the concept of the Tragedy of the Commons can seem basic and easy to overcome but it gives us a glimpse at how seemingly simple problems unfold to become very complex based on ecological, social, and economic structures. FF7 creates a whole world filled with characters with very different motivations and reactions to the terrible situations they’re in, but the true source of the conflict often leads straight back to the Shinra Electric Power Company and their monopoly on society. Including its source of life – the lifestream.

How can we combat this existential dread in our own lives? Well in addition to learning the latin lyrics to One Winged Angel (ok that’s voluntary) you can learn more about where you get your important resources, like food and clean water. It sounds inconsequential, but if you know where you get your food or clothes or water then you are one step closer to understanding if those systems are unsustainable. Then you can advocate for better systems or choose better options (if they exist)! You can also support organizations that try to make better systems. Some like Kiss the Ground or Greenwave try to create food systems that can provide enough food for a growing world all while not harming the environment – which makes sense since we need the environment to make any food in the first place.

That, and keep following Climate Replay for fun articles and events. No really, please hang out with us, this stuff can get depressing. Why did I choose FF7 as my summer game again? Take me back, Animal Crossing! Endlessly repeated sea bass joke, all is forgiven.