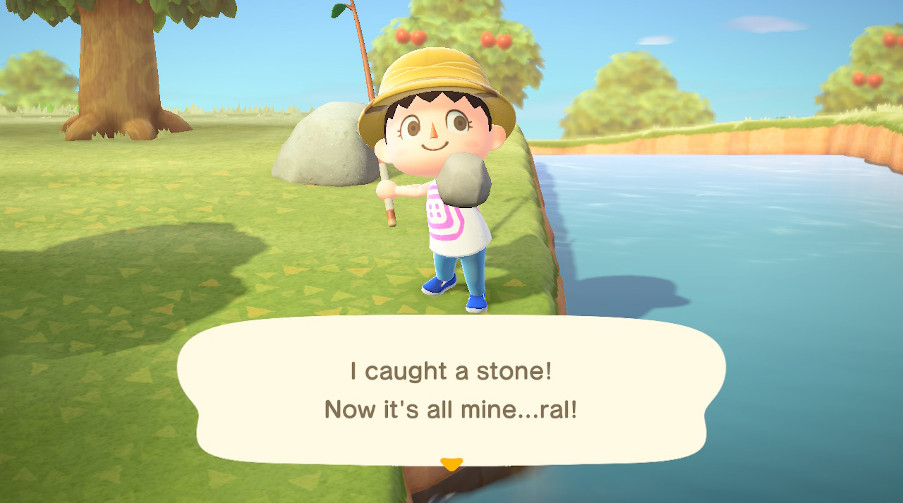 Don’t want Animal Crossing to be RUINED? Then save our seasons!

My favorite way to prep for hot girl summer is to visit my long-neglected weed-infested island in Animal Crossing: New Horizons. In the year-plus-change since we all collectively had a mental breakdown and turned to Animal Crossing to dull the existential dread, I’ve realized this game has taught me two important things. 1. No matter who says they don’t like drama, we ALL love to arbitrarily judge island villagers, and 2. Seasons matter.

For a game where so little happens, Animal Crossing has an irresistible hook to keep you crawling back. Every month there’s something new! The trees, bushes, fish, insects, and weather all change throughout the year and sometimes even throughout the day. Not only does this keep the game fresh, but it’s also based on real life natural systems. Neat idea, but one that’s going to get a lot trickier due to humans playing games (see what I did there?) with the climate.

Where different trees grow and when they bloom, or where different fish live and when, depend on things like temperature, available nutrients or prey, and the amount of sunlight. Climate change is disrupting the balance of these things at alarming rates. Even some of our favorite things in Animal Crossing are already changing in the real world.

For example, players and real-life humans in the northern hemisphere recently got to enjoy the romantic flowering of the cherry blossom trees. Hopefully, you were able to get senpai to notice you this year, but if not there is always 2022! Did we get senpai to notice us? That’s hardly relevant now is it. Anyway, soon Animal Crossing will need to officially change the week of the cherry blossoms in-game if they want to emulate real ecosystems. All around the world from Japan to the US, the iconic trees are blooming earlier and earlier.

In Kyoto, they found records to prove that this year’s bloom was the earliest on record in over 1,000 years! And like a party guest who turns up six hours early, with a barrel (?) full of old casserole (???) this is far from good news. You see, the trees are very sensitive to temperature and as spring months are getting warmer, the trees are blooming sooner and sooner. Some scientists worry that with continued rise in temperatures earlier and earlier in the year, the trees may not bloom at all. Then none of us will be able to complete our long neglected DIY recipes. Looking at you, Cherry Blossom Wand 🙁

So you may be thinking, “bah! I don’t need any of the special things in Animal Crossing. I love the consistent things. Like a good ol’ sea bass.” Ah yes, much like an emotionally-stunted ex who realized they “made a mistake,” the irritating-but-predictable sea bass is always there when you are looking for something better. As annoying as they may be, they are a staple in Animal Crossing, but in the real world they are trying to swim away from increasing water temperatures.

Black sea bass off the Northeast coast of the US have already started to show up farther and farther north than any historical records show. They aren’t alone – some studies estimate that some fish will shift their normal ranges as far as 1000 km away. Wow. So it turns out boring-but-reliable sea bass can be just as cold and distant as our ex after all. Pfft who cares? Who’s gonna go long distance with a fish anyway? Help, we’re drowning in this metaphor and don’t know how to get out.

But the problem is that people DO travel that far for fish. The people fishing for them! And it’s getting harder and harder to travel that far. You may think, “hey, just let the people who live closer catch those fish” but unfortunately it isn’t that simple. Just like we have created arbitrary hierarchies for which Animal Crossing villagers suck and which ones don’t, we’ve also created arbitrary systems to try and manage our fisheries. Usually those systems are based on physical or political boundaries rather than where the fish are. These are the things I think about every day for a living…I’m definitely not distracted by Animal Crossing OR trying to take the ghost of partners past joke too far.

Managing moving fisheries based on unmoving physical or political boundaries, of course, results in conflict. Look up the great mackerel war of the late 2000’s between Iceland, the Faroe Islands, and Britain over access to this fish in the North Sea. As temperatures were increasing, the fish were migrating farther and farther north (sound familiar?) causing conflict between who was allowed to catch what between the disputing parties. In this case, there was no solution. The fish were fished beyond a sustainable amount and the population collapsed.

We don’t have to stand by and simply watch this problem advance. We can fight to ensure that we may frolic annually in cherry blossom blooms (we MUST make that cherry blossom wand) and continue to fuel our rage at predictable exes… I mean sea bass. The best way to do this is to learn more about the problem, support those who are trying to change it, and advocate for those changes however you can. To learn more about changing communities and species under climate change, follow blogs like ours and scientists like Malin Pinsky. You can also support organizations like the Clean Air Task Force:

Here at Climate Replay, the only air we’re not interested in clearing is with our aforementioned ex, so we think the Clean Air Task Force is brilliant. Go check them out and see how you can advocate for climate solutions in your communities!

Thanks to Mariah Pfleger for providing an excellent screenshot of Pietro, the not-at-all-excellent clown.