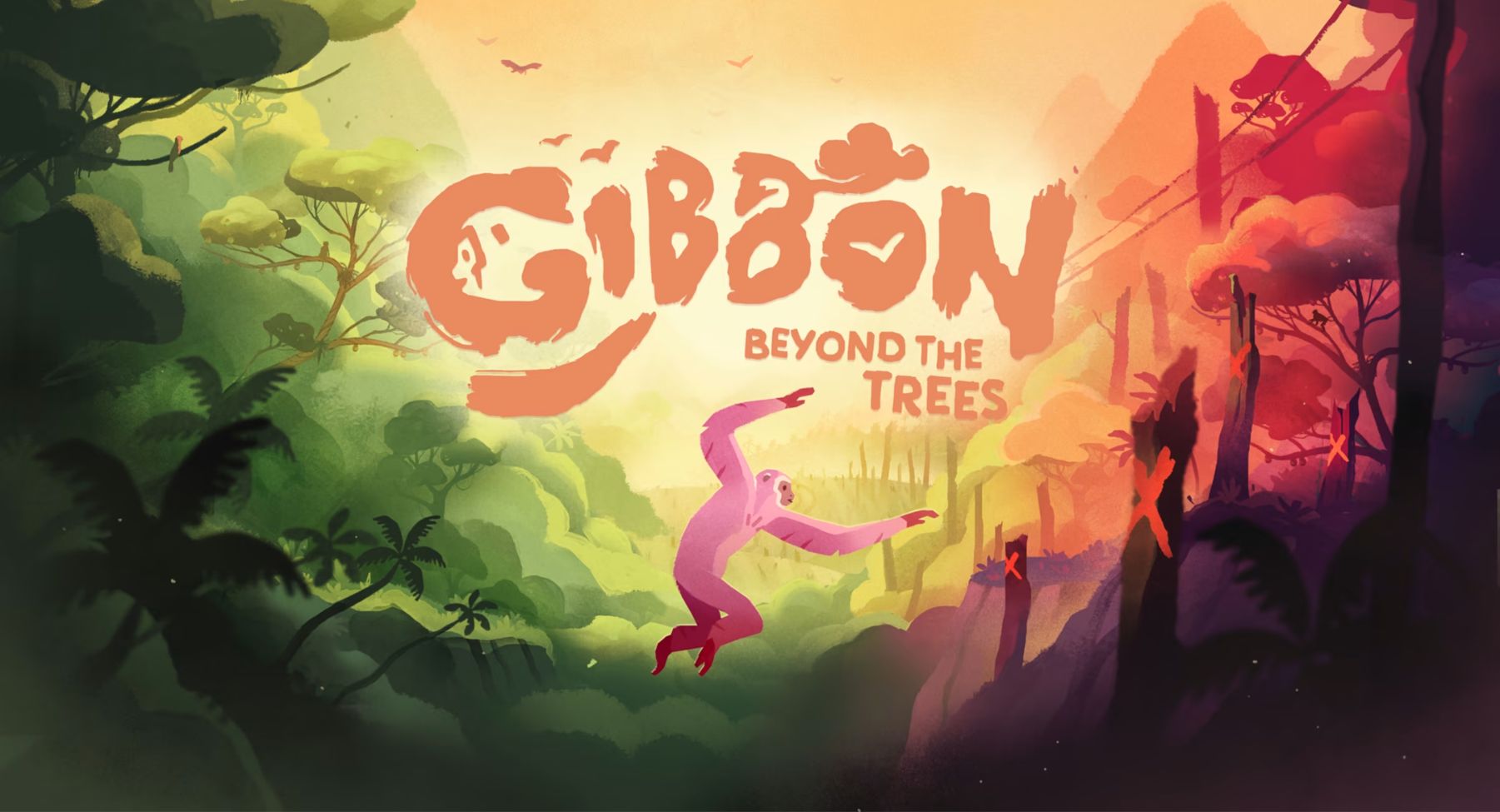 Play Games, Save the Planet – Gibbon: Beyond the Trees

Back in 1981, Donkey Kong was a groundbreaking game. It revolutionized what a platformer could be. But it was also vicious anti-ape propaganda. That game caused an entire generation to believe that apes were no-good degenerates, constantly throwing barrels at our hardworking plumbers and kidnapping our Paulines. Luckily, we’ve only had to wait 41 years for a game to get us loving apes again – Gibbon: Beyond the Trees. It’s slightly more realistic than Donkey Kong, but still not afraid to make its protagonist a delightful shade of pastel pink:

Gibbon’s all about swinging from trees/vines/whatever you can get your mitts on, and sliding down tree trunks to gain more momentum and height. Once you get the timing down and into the swing of things, it’s a delightfully smooth and liberating way to travel. Flying without wings!

Beautiful animations, an engaging swinging system that’s fun to master, excellent sound design (if you speak fluent gibbon, you’re in for a treat), and a clear love for its subject matter makes this game from Broken Rules a triumph. It brought back fond memories of the excellent Donkey Kong: King of Swing games on Nintendo DS and Game Boy Advance that I recall and you don’t because you’re young and beautiful and I’m so old and obsolete that I remember what life was like before we evolved from apes. It was fine.

Gibbon’s opening stages are a joyous jungle jaunt, with you oohing and ahhing at the lovely scenery as you swing and slide through the happy home of these majestic creatures. Then humankind decides to pop by and ruin everything. Trees start getting few and far between and fires begin appearing in the increasingly damaged forest, meaning there’s less for you to swing from and deadly hazards to avoid. It’s a clever escalation of the gameplay challenge which alsosells Gibbon’s anti-deforestation message. Not that we were expecting the game to be pro-deforestation. Although that would have been quite the audacious twist.

Be warned that Gibbon gets a lot darker from that point on. That’s because it’s not just a fun game about swinging simians, but a crucial warning about ‘gibbons being among the most vulnerable and endangered species alive’. That’s a depressing quote from the game’s website, and here’s another: ‘gibbons are at risk due to destruction of their habitat to create palm oil farms and to being captured and exploited. Whole families are eradicated in order to capture a single baby to use as a tourist attraction’.

Obviously, this is dreadful. But luckily the developers aren’t just trying to depress you. They describe Gibbon as a hopeful game, and their site links to several excellent organizations that helped them develop it and that you can get involved with to help gibbons IRL! We’ll look into those more in just a moment, but first…

(1/4) Anti-ape propaganda in videogames is sadly the greatest problem facing humanity today. We decided to fact check the most egregious examples and set the record straight.

(2/4) Donkey Kong (1981) – Ape appears to be atop a dangerous construction site. In reality, few apes are hired for construction work due to hiring prejudices in the industry.

Now we’ve got that out of our system, let’s look at the great organizations the developers worked with to help make their great gibbon game!

Nothing swings our bad mood back to joy more effectively than seeing people fighting to make the planet better. Between them, these four organizations are repopulating forests that almost saw their gibbon populations completely wiped out, conserving and protecting existing gibbon habitats, and fighting for the rights of indigenous people. Whether you want to make a donation, help spread the word, or just learn more about them, I highly recommend clicking this sentence that’ll take you to the game’s website to learn more.

Gibbon: Beyond the Trees is available now on Apple Arcade, Nintendo Switch, Steam and Itch.io. The developers are in no way affiliated with Climate Replay, we’re just big, borderline-stalkery fans who wanted to shout about their game!