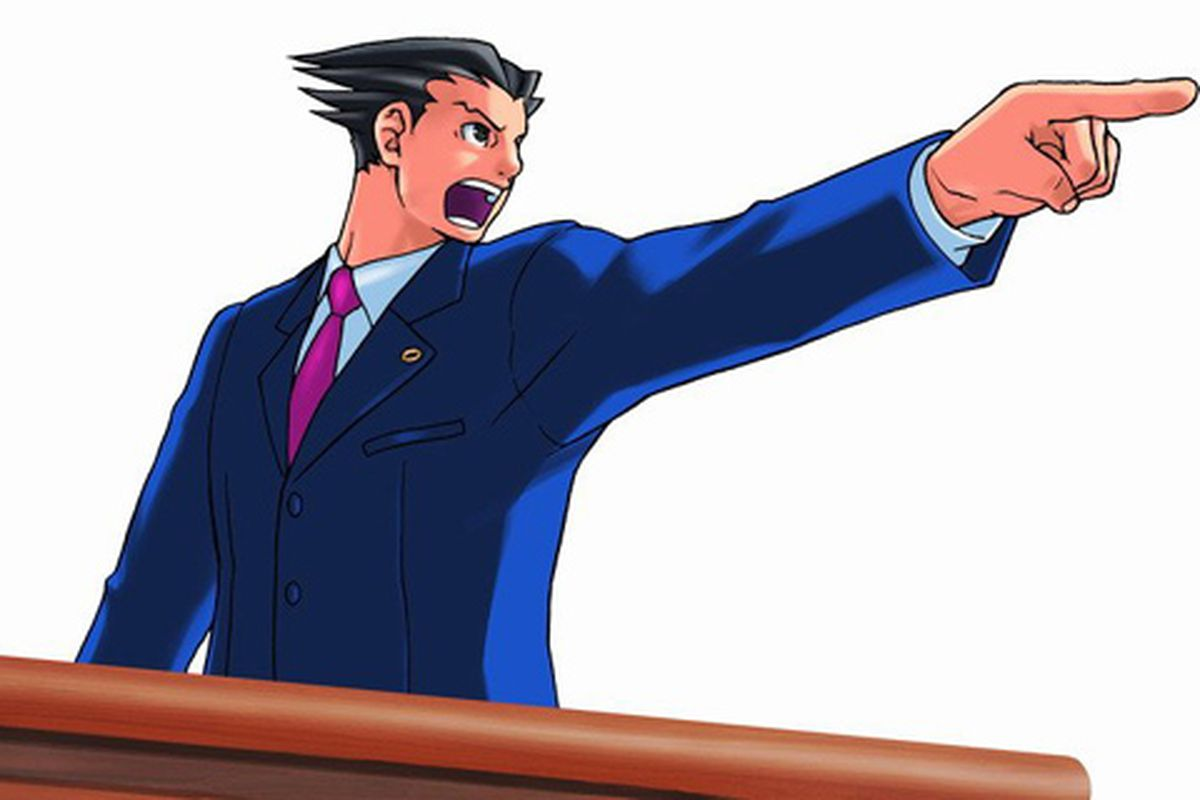 Objection! How to spot greenwashing nonsense!

Have you played Phoenix Wright: Ace Attorney? It’s an excellent game where you play a defense lawyer who exposes lies in the most dramatic way possible. You do this by carefully reading witness statements, finding contradictory evidence, and then pointing in their big lying faces while yelling “OBJECTION!” at the top of your lungs. It’s excellent. And also surprisingly good training for spotting real-world lies. Like this one:

What does my inherent laziness have to do with greenwashing? Well, these methods can also be handy for verifying too-good-to-be-true statements from corporations who appear to be helping fight the climate crisis and reduce their emissions. Statements like ‘we aim to be net-zero by 2050’ or ‘we’re working hard to produce sustainable plastic by year X’ or ‘don’t worry, this toxic waste we’re dumping in the ocean is just a birthday present for the dolphins ;D’. Statements that sound good on paper but don’t hold up to scrutiny, and have us yelling, Phoenix Wright-style:

So this week, we thought we’d apply some Phoenix Wright logic (er, minus all the stuff where you talk to ghosts – it’s a long story) to some of our ‘favourite’ pieces of greenwashing PR. Here’s some increasingly common lies to look out for.

“We aim to be X by 2050” without any concrete steps or accountability actions.

A modern classic! According to several scientists we contacted for this article, 2050 is still 29 years away. While some major green initiatives obviously take a lot of time, 29 years is a suspiciously distant deadline that could easily be used to justify complacency when more immediate action is vital. Like, say, an oil company that says it’s aiming to be sustainable by 2050 but is still drilling for new oil and gas.

Imagine if I’d been given 29 years to finish this article. it would have looked like this for 28.9 of them:

One of the most devious bits of greenwashing involves a symbol you probably see on a lot of your food packaging:

Hey, that looks like a recycling symbol! And ‘looks like’ is exactly what the pro-plastics lobbying group who created this symbol were going for. This ‘resin identification code’ actually identifies what type of plastic it is. The product it’s on can potentially be recycled. but whether it actually will be is completely dependent on the plastic recycling infrastructure in your area. Those arrows are deliberately misleading, designed to make you think that you can just chuck the packaging in the recycling without a second thought and then brag to all your friends about how you’re basically Ghandi 2. This excellent video by Climate Town is a hilarious primer about the whole depressing history of this. Recommended!

We’re more likely to buy something if we think we can easily recycle it, which is essentially greenwashing 101; lying that something is good for the environment or sustainable to boost sales. The truth is that the amount of plastic that is recyclable is shockingly low. We’ve only recycled 8-9% of all the plastic in the world that’s ever been produced. Plus, when plastic is recycled, it’s a lower grade. Recycled food grade plastic can’t be used for food grade plastic again, for example, because it no longer meets a certain health requirement.

Sometimes you might see bio or compostable plastics – but, again, these are still plastic. Bio plastics source from “bio” materials like corn which would probably be better served as food for hungry people…but we still end up with the same plastic products that live indefinitely in the environment or landfills. Compostable plastics can technically degrade, but require industrial scale compost facilities that don’t exist in all cities. Do you have industrial compost options where you live?. Because chances are, you don’t. Which means it won’t be recycled.

Obviously we’re not anti-recycling here at Climate Replay. Wait, are we? *checks Climate Replay constitution* Nope. Phew! But recycling is being exploited here by private companies falsely implying that we can keep mass producing plastics because recycling is the solution. It isn’t! Again, only 8-9% of all the plastic in the world got recycled! Would you read this article if I’d only spelt 8-9% of the words correctly? Exacctly!

Plastics are made from oil and gas products but don’t carry the negative PR of oil or other fossil fuels. That’s why fossil fuel companies are pushing them more and more with these misleading claims that they’re easily recyclable and fully endorsed by puppies and God or whatever. But plastic is about as closely linked with sustainability as this article is with Phoenix Wright (don’t worry, I’ll crowbar in a few more forced references soon, I promise x). You should just avoid using plastic as much as possible. Isn’t that right, Phoenix?

“Waste to Energy”. What if we could just set fire to all the trash and it would transform into a great source of energy? That sounds good! Too good! Too good to be true! Oh, darn…

Yep, what the three words of a buzzy phrase like ‘waste to energy’ fail to mention is that the energy conversion is very inefficient. Plus, there are still toxic byproducts. We also don’t want to create a supply chain for burning garbage, especially because burning things is pretty horrible for the environment.

This one is a little tricky because the idea of making a circular economy for all our products is a cool goal. The idea is that a product should have a circular life cycle rather than one that ends up in a landfill/the environment. However, some companies will use this language to distract the conversation. They will say they “support a circular economy” but not talk about how they will actually, say, reduce their plastic production. They may even fight *against* systems that promote a circular economy like bottle deposits or refill stations for products like liquid soaps. It’s also another great example of pushing recycling as a magical fix to the entire problem, which it definitely is not.

You can find some outstanding circular economy flexing on the site of Aramco, the world’s biggest oil company. Look, it’s got a fun picture and a photo of a scientist and everything! And it’s not like an oil company would ever do something actively misleading. I’m winking as I type this. Just letting you know in case you can’t see me.

These are just a few examples of greenwashing, but sadly there’s tons more out there. If you see statements from businesses bragging about how green they are, try searching the terms they use and see what comes up from trustworthy news sources. If it’s a load of greenwashing nonsense, call it out! Fake green initiatives designed solely to generate good PR absolutely deserve to be countered with negative PR.

If you see greenwashing, and can prove it’s greenwashing, yell at them for greenwashing! Shame is the only reason a lot of these companies are having to pretend they’ve gone green in the first place. If a little more shame is what it’s going to take to get them to actually go green, then shame away! For example, I’m still so ashamed of that ‘LIE-O plastic joke’ from earlier that I’m off to make a donation to eclologi. Bye!