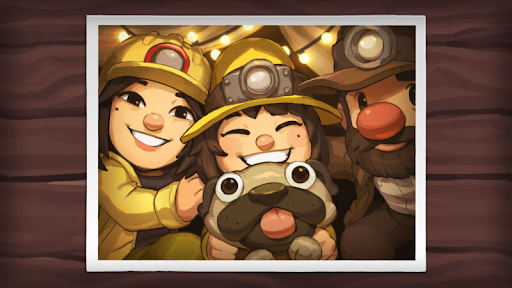 I spent decades of my life trying to figure out what to do with my ears. Stick rings in them? Draw little smiley faces on the lobes to keep me company? Then I discovered podcasts and suddenly having ears finally made sense. They’re a terrific way to swot up on a subject you want to know more about, and they go great with playing games too!

Well, certain games. The Last of Us 2 probably doesn’t carry as much emotional weight if you can’t hear Ellie weeping over your podcast loudly explaining why the new Space Jam ruined its childhood. So we thought we’d compile a list of excellent environmental podcasts and games that are perfect to enjoy with them. Got some recommendations of your own? We wanna hear ‘em! Come join our Climate Replay Discord server and share them with us.

Podcast: How To Save A Planet

Beam potential fixes to the biggest crisis of our age right into your grateful ears. Journalist Alex Blumberg and scientist/policy nerd (her description, not mine) Dr. Anya Elizabeth Johnson do deep dives on the problems our poor planet faces. They interview guests about potential solutions and their infectious enthusiasm leaves me much more optimistic about where we’re headed. Anyone feeling like the Earth’s problems are unfixable should definitely get on this immediately!

Listen To It With: Slay the Spire 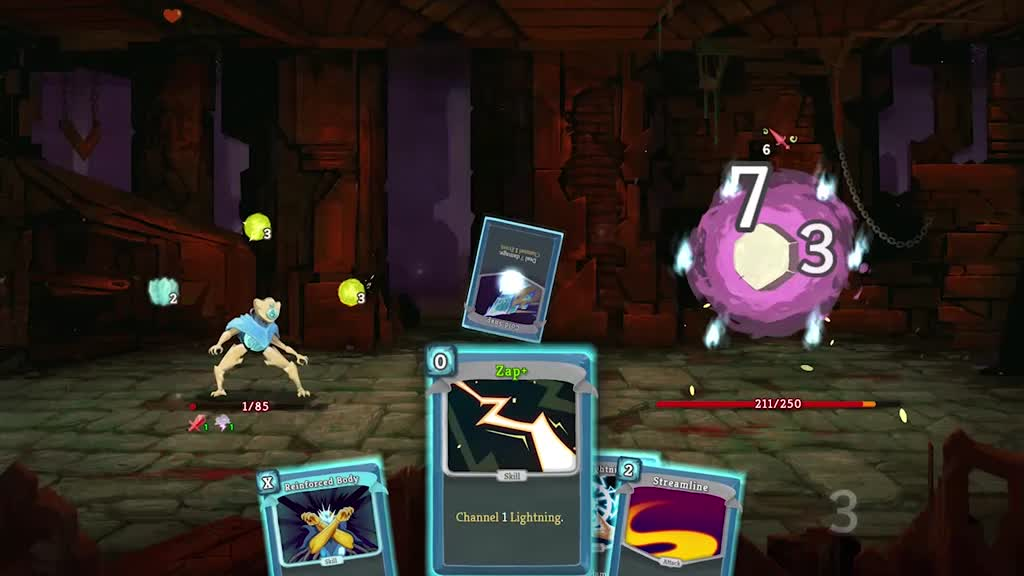 So gob-smackingly brilliant that I honestly wouldn’t have been surprised to see God’s name listed in the end credits. This deck-builder roguelike has you exploring the titular spire armed with cards that execute attacks, defences, debuffs, and ideally combinations that make for brilliant strategies (when it all goes to plan, which it almost never does) that give this game astonishing replayability and depth. All turn-based too, so you can pause whenever you want to concentrate on your podcast. I’m genuinely too ashamed to share a screenshot of how many hours I’ve sunk into this one, so we’re moving hastily on to… 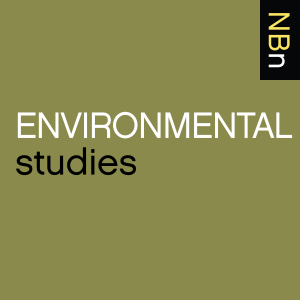 Not familiar with ‘books’? I’d never heard of them either. They seem to be paper-based text adventures, and Marshall Poe’s delightful podcast has made me an instant fan. Poe interviews authors of books about the environment, helping them pitch why their chosen subject is so fascinating. After a few episodes, I’ve ended up with a reading list almost as long as my Steam library. An outstanding audio gateway into finding great climate tomes!

Listen to it With: Monster Train 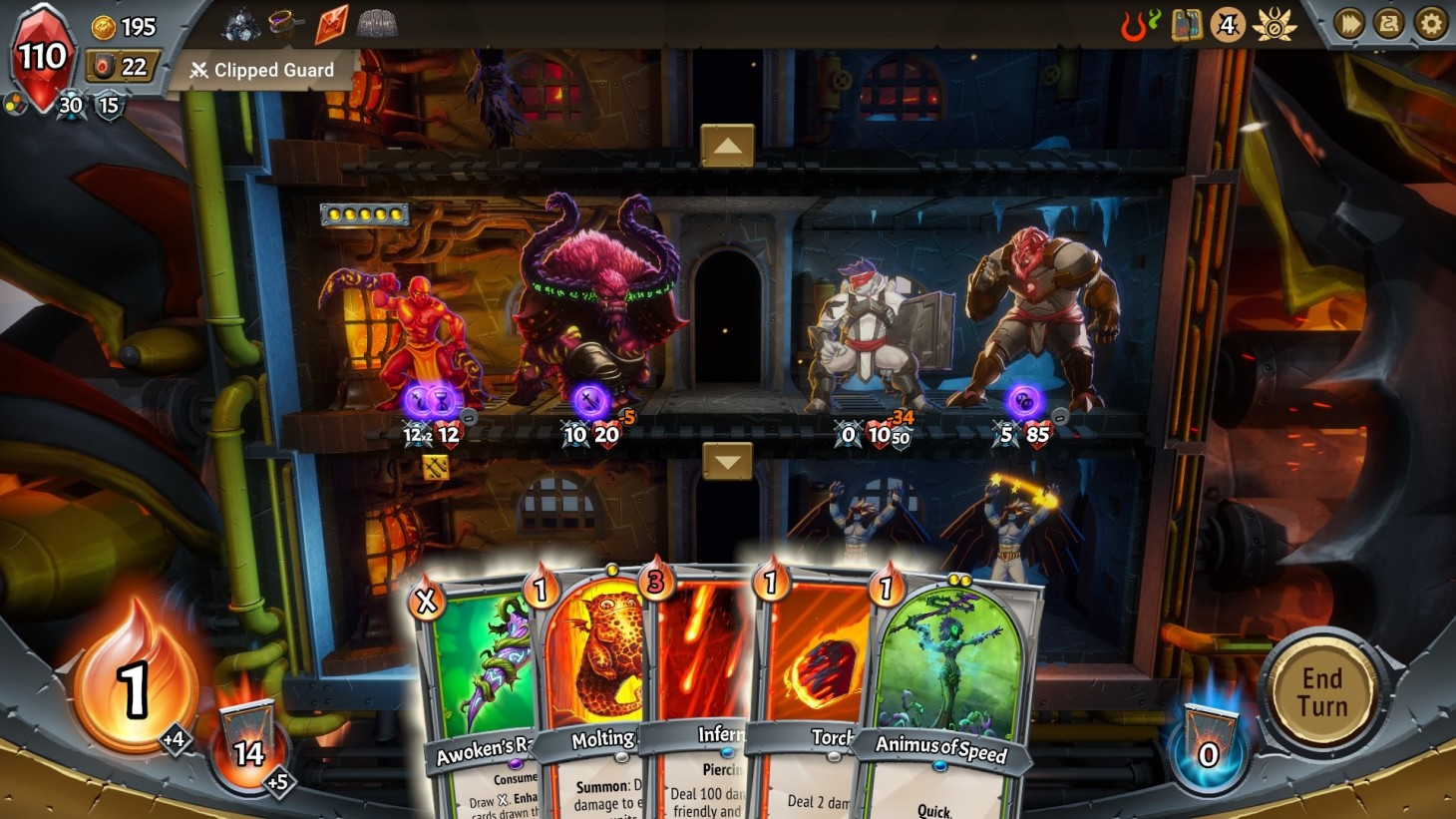 In this deck-builder roguelike (I know, I know – it’s a phase I’m going through), you’re trying to keep a train full of demons running, all while angels try to stop you, in what I’m just now realising is a pretty good metaphor for working in the fossil fuel industry. Monster Train’s masterstroke is to constantly give you new powers that feel amazing to play with, then delight in watching you fail anyway as it throws malicious curveballs at you. You’ll keep replaying it just to wipe the grin off the game’s nonexistent face. Didn’t have time to fill this paragraph with awful train puns because I couldn’t stop playing it, sorry. 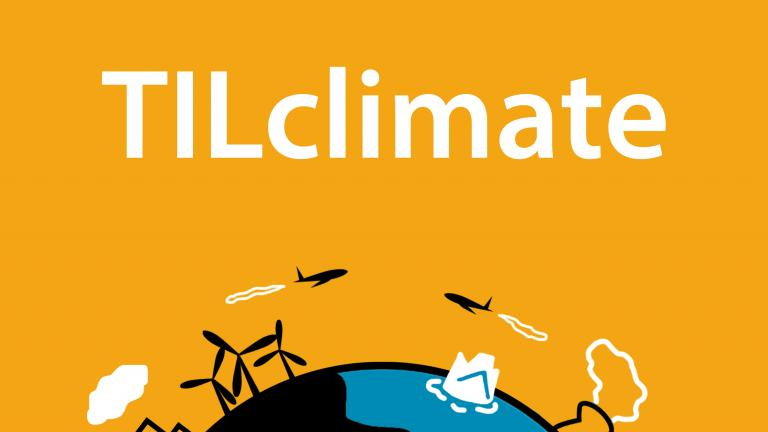 I don’t think it’s controversial to say that podcasting can be a little self-indulgent sometimes (hypocritical, maybe, since I usually use this ‘climate’ blog to just bang on about how much I wanna marry Phoenix Wright). But there’s nothing self-indulgent about TILclimate. Each episode is just fifteen minutes long and they pack a terrific amount of info into those 900 seconds without ever overwhelming you. They aim to make the climate crisis significantly less confusing by interviewing a wide range of scientists and experts, giving you great breakdowns of the problems we face and (huzzah!) what we can do about them. Scroll through the list of topics then learn something new in basically no time at all. The TIL in the title stands for ‘today I learned’. Did it take me more than fifteen minutes to figure that out? That’s hardly relevant. 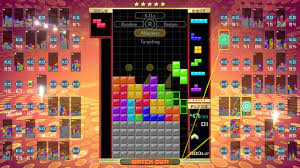 A Battle Royale version of the world’s most famous puzzle game? What should be an incoherent, gimmicky mess actually fills Tetris with new life even more effectively than the long block fills that gap you’ve been waiting to clear for ages. You’ll need microscopes for eyes to keep track of the 99 games of Tetris that are happening on-screen simultaneously. But stick with it and you’ll find this surprisingly strategic spin on multiplayer Tetris is one of the Switch’s best. Games usually last about 10-15 minutes, but make sure you’re committed to the podcast you’re listening to. Trying to change it in the middle of a game is about as wise as giving your Switch a bath. 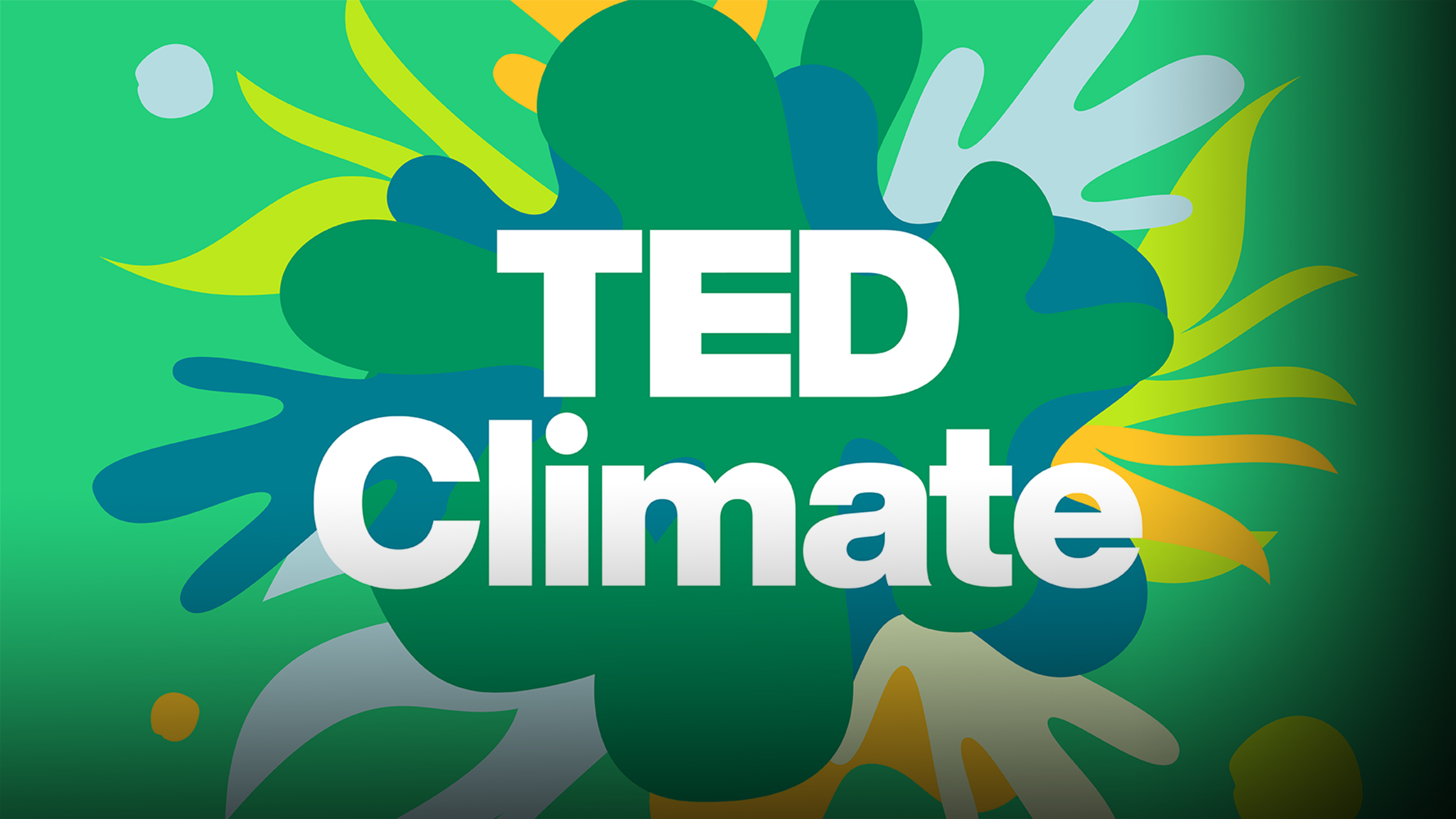 It feels like TED has a podcast about every subject under the sun. They probably even have a podcast all about Climate Replay. Hope they don’t say mean things about my hair. Anyway, TED Climate covers a huge range of topics and issues, often with runtimes that make TILclimate look bloated (seven minutes long! That’s even less time than I spent proofkreading this blog plost). Longer episodes boast a high calibre of guests, with a recent episode featuring Al Gore interviewing John Kerry about how great Tetris 99 is. Or maybe they discussed the US reentering the Paris Climate Agreement. Go check!

Listen to it with: Holedown (aka, the game you triple-check you’ve spelt correctly before publishing the blog post) 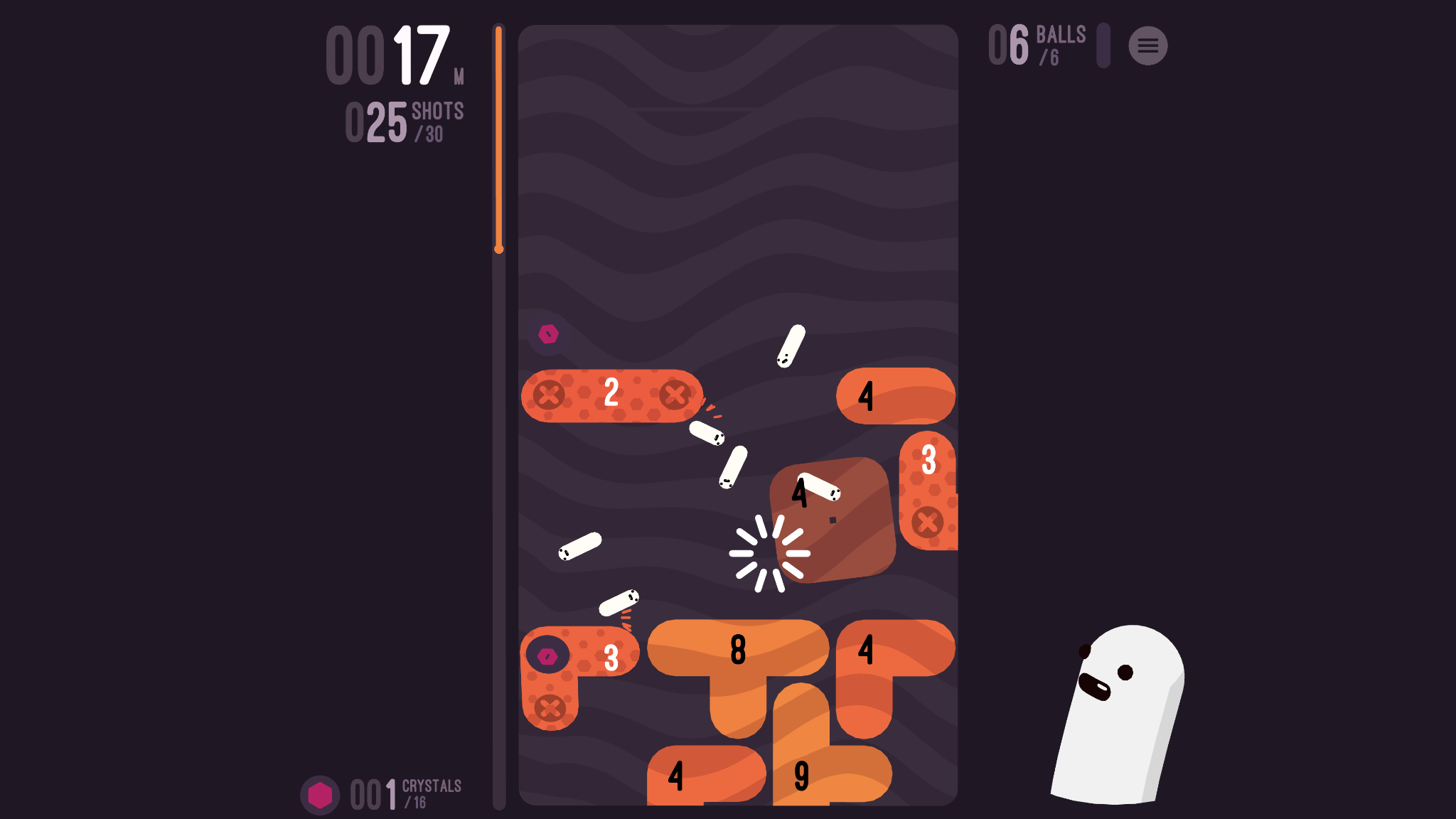 …No. Sorry. I can’t ethically recommend Holedown. A shockingly-moreish spin on Breakout, all little Holedown asks you to do is fire pellets at targets to try and deplete their numbers to zero before they reach the top of the screen. That’s it. It’s so simple that it makes tic-tac-toe feel like trying to run NASA blindfolded, and yet that’s why it’s EVIL. Somehow they’ve made this more satisfying and addictive than every vice in human history. On the banned narcotics list, Holedown should be at least a hundred entries higher than crack cocaine. Perfect for listening to podcasts with, but must still be avoided at all costs. In fact…

Actually Listen To It With: Spelunky and Spelunky 2 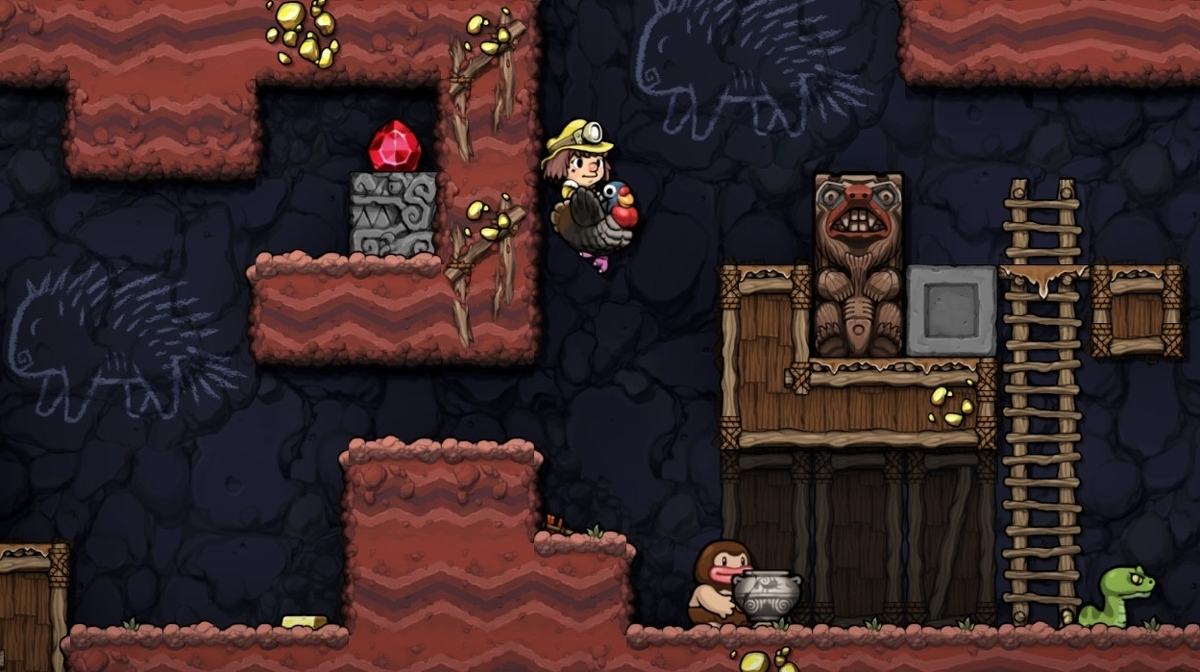 Spelunky somehow makes randomly generated levels feel more tightly designed than a corset made of wrenches. They honestly feel like they’ve been carefully crafted to make descending Spelunky’s depths as engrossing as possible. You’re a little cartoon Indiana Jones-type armed with a whip, climbing ropes and bombs for blowing up deadly creatures and creating passageways. Unless you’re me, in which case those bombs are usually a first-class ticket on the Blown Yourself Up Again Have We express back to the title screen. Hang on, shouldn’t I have used that tortured train sentence in my Monster Train paragraph? Oh well. Spelunky and it’s marvellous sequel also just launched on Switch. Nice!

Remember when I said I wanted your climate podcast/podcast game recommendations? I wasn’t lying – come join our Climate Replay Discord server and give us more pods please!